I’m going to tell you a story of one the most satisfying professional experiences I’ve had. I believe this story is not all that unusual, and most good consultants could spin you a similar yarn. Our work can often get minimized by those who don’t understand it. To a great many people the word process is either negative, or just plain boring.

I heard a comedian on the radio the other day (sorry, don’t remember who), who had this funny shtick (paraphrased): 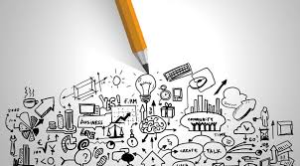 You know some companies actually have a job called “Manager of Continuous Improvement”? How would you like to have that job? “Come on, I’ve been here five minutes today and nothing’s gotten better.”

To those of you who work in the field of process improvement, I hope this story will give you pause to think back on the good work you’ve done; to consider how really important what you do is. By teaching, training, and implementing people-first processes that also lead to a better bottom line, we are changing the lives of individual contributors, managers, and business owners alike. And because what we do has such a positive impact on the lives of those we encounter, little by little, we get to make the world a better place for everyone. To those of you who don’t work in the field of process improvement; who yawn and wonder how I can love my job so much; who’ve seen me (or someone like me) find a kindred spirit at a party or social event and who’ve marvel at the way we geek out about process (of all things), read on and hopefully you’ll understand…

I once was in the position to implement a Lean-Agile process improvement initiative for a department with teams in Bangalore, India and the US. When I started the job I noticed the inefficiency of the daily standups. The standups were held each morning around 9:00 AM PST. This meant the team in India was calling in at around 10:00 PM local time. All members of the US team would attend these calls. A good ten to twenty minutes each morning was wasted waiting for the India team to individually call in. The incoming calls were often late for valid reasons. After all, it was 10:00 at night! Bad connections and dropped calls contributed to this waste. Once the US team figured that everyone who was going to call in did call in, a large part of the conversation was status reporting by the India team and work handoffs to the US team. During my first week I also sensed a lack of trust between the business analysts, software developers, and quality assurance analysts, especially on the India team. After my first week I told the team that these calls were not daily stand-ups. If anything, they were daily retrospectives for the team in India. I changed this meeting to 9:00 PM PST which would be 10:00 AM in Bangalore. I had the team in India find a conference room for he calls and in the US, only myself, another manager, and the US team lead attended the call. At the end of the day I had a team lead in Bangalore send a daily status report to the team in the US for handoffs. Changing this meeting eliminated a great deal of waste and led to some efficiencies right off the bat.

Over the next few months my colleagues and I trained the US team in Lean-Agile and in the evening I’d spend time after the stand-up training the team in Bangalore. Finally, at the right time, I went to India for six weeks to help with the Lean-Agile implementation.

I found the team in Bangalore to be highly professional, skilled, kind, and motivated to do a great job. As I suspected, I did also find distrust between the analysts and developers. When I dug into the issues, I found a lot of concerns were not being openly discussed amongst the team members. The business analysists felt like the developers were doing work that they should be doing. The developers didn’t fully trust all the business analysts or quality analysts to do their jobs correctly. The quality team also had concerns with the work the business analysts were doing but were not convinced the development team was doing the right thing. In the meantime we’d been working on standard Lean-Agile stuff – visualizing the workflow, creating Kanban boards, trying to get work-in-process (WIP) under control, etc. The Lean-Agile rollout was going well enough, and because of that, we had a common vocabulary to talk about team dynamics. So one day the entire team and I sat in a room and I reiterated the Lean-Agile principle of Leadership at all levels. This means that they are as much of a leader as I am. And one of the requirements of leadership is having difficult conversations. I facilitated open, honest communication with the team and we white boarded a RACI matrix of responsibilities which brought up great debates like who’s responsible for writing acceptance tests, what role do user stories play in development, etc. We didn’t resolve all the issues, but we opened the lines of communications; got everyone’s buy in that this was one team, not 3 teams (BA, Dev, and QA); and came to agreement that it often doesn’t matter who is doing what task, as long as the task is getting done with quality, we are not violating WIP limits, and we are not creating bottlenecks. After that conversation, the team dynamic improved greatly and the Lean-Agile rollout matured over the next six weeks to a point where the team was well on their way to self-management.

On one of my last days in Bangalore I was invited to the home of one of the team members. When I was there the wife of the team member thanked me. She said that I had changed her husband’s life. That before I arrived he was working twelve hour days, unsatisfied with the work he was delivering, unhappy with the team, and just generally stressed out. Since we’d made the changes to the daily meeting, improved the processes with limited WIP, and began the process of open dialog with the team, her husband was changed. He was now happy, satisfied with his job and his performance, working normal hours, and no longer stressed. Not only had I changed her husband’s life, she pointed out, by doing so, I’d changed her life as well.

And there you have it. This is the impact we have. And follow the ripples… when we help make people’s lives better at work, when we relieve stress and improve job satisfaction, the people we work with will not only be happier, they will be healthier. And happier, healthier people pay that forward to become better husbands, better wives, better partners, and better parents. Happy, health parents will generally raise happy healthy kids and happy healthy kids will generally have a bigger long-term positive impact on the world then unhappy, stressed out kids. So call me naive if you think this is a stretch, but I don’t think so. I believe we are, quite literally, making the world better through process improvement.